Anita Akua Akuffo is a popular Ghanaian television personality who is best known as the co-host of the popular Tv shows Ghana’s Most Beautiful and Date Rush on Tv3.

Recently, she’s been trending on social media after she was asked a lot of questions about her eye which she believes wasn’t part of her body she indeed wished to get while growing up. She indicates that the whiteness of her eye made her an odd person among her agemates to which she most of the time laughed.

Anita Akua Akuffo was born on June 2, 1993, in Accra of the Greater Accra Region of Ghana. There is no information about her parents but she recently disclosed in an interview that her father was against her becoming a television presenter. She has a sister known as Maame Serwaa. 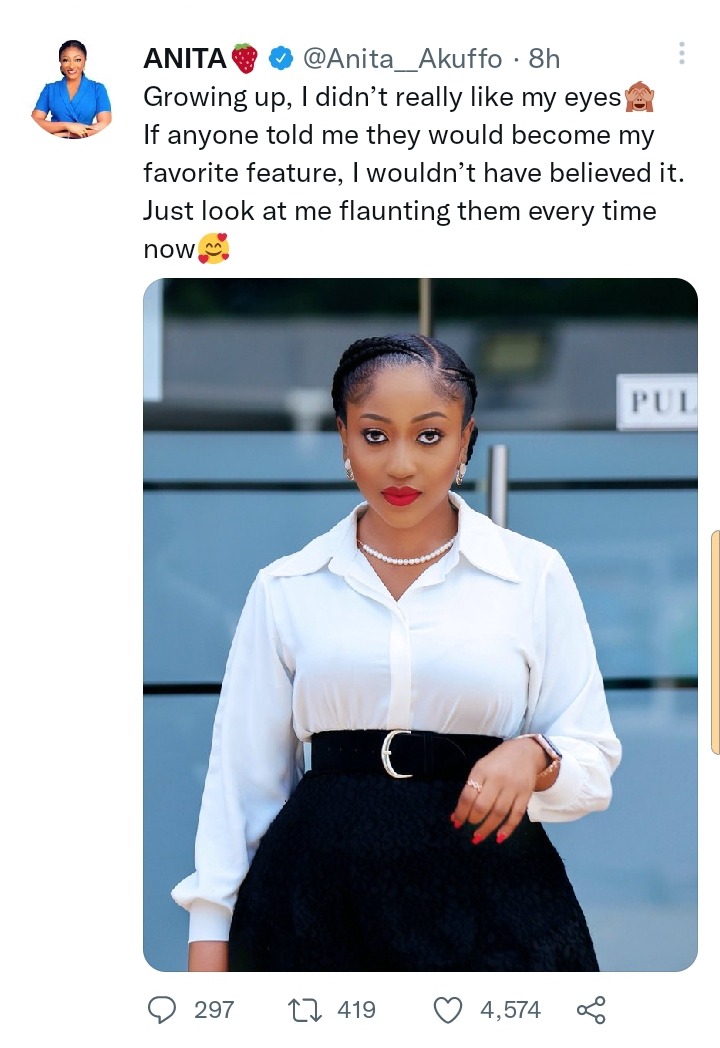 She enclosed recently that, even though she didn’t love the fact of having these eyes but now she’s proud of having them because she’s much unique among people.

Why do breakups hit guys differently? Here are 5 reasons

Women should not do these 10 things in their relationship with their men.